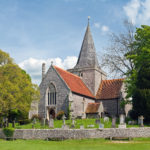 Chancel repair liability is an ancient law which benefits around 5,200 pre-Reformation churches (built before 1536) in England and Wales (ref 1).

It is a long standing and legally enforceable liability to repair or contribute towards the cost of chancel repair of a parish church (the part of the church containing the altar) (Ref 3).

During the middle ages, monasteries acquired large amounts of rectories (an endowment including land to support the priest serving a parish) (3). After Henry VIII dissolved the monasteries, property belonging to rectories came into lay ownership. Acts of Parliament made it clear that the new lay (owners of the land) had the same obligation to repair the church chancel as the previous monasteries did.

Chancel Repair Liability enables the Parochial Church Council (the executive committee of a church parish to require owners of land which previously formed part of a rectory to contribute towards the cost of repairing the church chancel. This land is not always located in close proximity to the church in question. The owners of properties that fall under this may be liable to pay the local parish church for chancel repairs where this liability has not ceased under the Land Registration Act 2002(ref 2). (In Wales this payment goes to the Church of Wales rather than the individual church).

Under the Chancel Repairs Act 1932 this liability is enforceable through the county courts, whereas before 1932 it was only enforceable through the church courts (courts which have jurisdiction over matters dealing with church members rights and operate within civil law procedures in England) This legislation passed the responsibility to the county court and also names the responsible authority for enforcing the liability as the parochial church council of the parish church (Ref 3).

Since 13th October 2013, The Land Registration Act 2002 has stated that new owners of land will only be bound by chancel repair liability if it is entered into the land register by the PCC (Ref 2). Although the liability needed to be registered by this date with the Land Registry, CRL is still enforceable in certain circumstances where the liability has not been registered e.g. if the house had not been sold to another owner. Liability can only be removed from a property by proving it is incorrect or by persuading the PCC to withdraw it (Ref 4). Before registration of chancel repair liability was required, it was rarely shown on property deeds.

The most high profile legal case involving chancel repair liability is Aston Cantlow PCC vs Wallbank. In 2009, the Wallbanks were forced to sell their home after losing an 18 year court battle against Aston Cantlow PCC and the couple were forced to pay for chancel repairs. The couple inherited Glebe Farm, which lay within former rectorial land of a 13th Century church in Aston Cantlow, Warwickshire. In January 1990, they received a letter from the Church informing them they were responsible for contributing towards repairing the church. After challenging the law, their case was taken to the High Court, who ruled the couple must pay over £200,000 to repair the church chancel as well as £200,000 in legal fees.

In 2006, the Law Commission called for chancel repair liability to be abolished and in July 2014, the first reading of the Chancel Repairs Bill took place in the House of Lords by Lord Avebury. This bill looks to end the liability of lay rectors for the repair of church chancels (Ref 5). This bill would only apply to properties in England. The second reading and general debate of this bill is yet to be scheduled, so there a still a number of stages to go through before this bill could become law. Further readings of the bill were put on hold until after the 2015 General Election and the Government currently has no plans to abolish CRL.

The Law Society have argued that CRL should be replaced with a different system to fund maintenance of historic churches. They also argue that CRL is often uncertain and it can be difficult to confirm the existence or extent of liability, as well as increasing the costs of conveyancing (1).

However, the Church of England has no central funds for the repair of churches, and although they can apply for funding to English Heritage, the Church is required to state if they have a lay rector. Where the church has a lay rector, English Heritage would expect them to be approached to cover costs before a grant is approved (1).

After the Aston Cantlow case, it has become prudent for purchasers to undertake a chancel search and to take out chancel liability insurance if necessary. Chancel repair liability only affects a small number of home owners, however, if a Parish Church decides to enforce it, it can be costly.