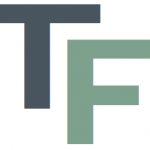 What started out as a small depression on the drive turned out to be a 3.6m wide sinkhole within 3 days.  The cause is likely to be due to historic mining in the West Midlands area.

Catch the Terrafirma team as they discuss why sinkholes occur.