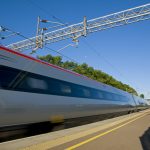 Will HS2 have the ‘Crossrail effect’ for property prices near stations?

It’s likely there will be some kind of uplift for properties in the vicinity of HS2 hubs and stations. However I would think it unlikely that the effect would be so pronounced as the 30-60% uplift reported around Crossrail stations, given that Crossrail is opening up easy commuting in the very heated London property market. HS2’s own research indicates that they expect 70% of their passengers to be ‘leisure’ passengers as opposed to using it for business travel and commuting. The more sporadically a customer is likely to use the service, the less likely it is that significant premiums will be commanded, whereas Crossrail services will be used very much more on a day to day basis.

Passengers can already commute to London from Birmingham in less than an hour and a quarter (on a good day!), although it does mean that the commute from Birmingham becomes less than an hour each way, which overcomes a certain psychological feasibility barrier in people’s minds. There’s already a premium applied to properties in a 10-15 minute walk of a commutable station, so that might not change as significantly given that the properties are already in close proximity to main rail stations. Also, the majority of properties for sale in close proximity to the HS2 hub in Birmingham are new luxury flats, which are already being sold at something of a premium, so the effect may be less marked on that front too. However, another benefit to new and existing properties in the HS2 hub areas may well be the regeneration that should go hand in hand with the HS2 infrastructure, as well as the line itself.

One often overlooked aspect of HS2 is that the trains will not just be running on the proposed new HS2 line, but also connecting with existing railway lines to give HS2 services much further afield than is commonly thought. For example, Phase 1 of HS2 will allow high speed trains to run all the way to Glasgow by connecting to the existing West Coast mainline, cutting nearly an hour of the journey time to London. Whilst the high speed trains won’t run at the speeds seen on the new HS2 track when on existing rail tracks, they’re still very much part of the network and properties in proximity may see a small uplift as a result. Other cities are not on the new HS2 line but will benefit from connecting to the network include Liverpool, Newcastle, Edinburgh, York and Sheffield. The additional benefit for these areas is that by using existing infrastructure, there won’t be as much associated disruption and potential devaluation due to construction works. This connected network will affect even more people than the primary HS2 network, as we can see below:

Properties within 1km of HS2 stations and hubs

In conclusion, yes, there is likely to be a modest uplift in property values in proximity to HS2-connected stations, though not on the scale seen in proximity to Crossrail. The uplift will probably be more pronounced in the main HS2 hub areas, but should also be seen (to a smaller degree) in far more areas than people may imagine. Groundsure’s analysis confirms that there are over 100,000 residential properties within 1km of the confirmed main HS2 hubs alone, with a further 178,000 within 1km of stations on the connected network.

For more information about Groundsure’s Energy and Transportation report, and/or a sample report call the team at Quantus on 01509 812953 or email enquiries@quantuslegal.co.uk